Patenting an App Idea: What You Need to Know

Do you have a brilliant concept for a mobile app but are concerned that it will be stolen and used before you know about it? There is no reason to be concerned if this is the case.

You can protect your mobile app ideas by patenting, copyrighting, or trademarking it. In this manner, you may avoid having your app concept stolen. Additionally, you must guarantee that your apps idea is distinct and fresh; otherwise, your attempts will be in vain if they are similar to another android app.

Today, we’ll walk you through the entire process of patenting an app concept. 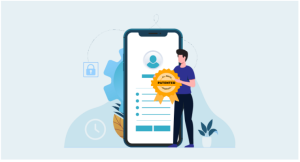 What Does Patenting An Apps Idea Mean?

A patent is a type of intellectual property that safeguards your software concepts from unauthorized or illegal use. Additionally, because it recognizes you as the genuine owner of your app ideas, it prohibits other people and corporations from selling or modifying it. Also, patenting your mobile app assures that no one threatens your app ideas or earnings by falsely taking the credit for your complete app concept.

What Types Of Patent Applications Are There?

Provisional App
The Provisional Application gives you a year to complete and refine the MVP. The application is less expensive to design and execute than a non-provisional patent. A provisional application can be submitted without filing an official patent claim, disclaimer, or information disclosure statement.

Non-Provisional App
A non-provisional application must include a detailed copy of the discovery and at least one declaration that legally outlines the invention’s metes and limits. It can be submitted without invoking any primary focus of application made prescribed or without any referral to the app. 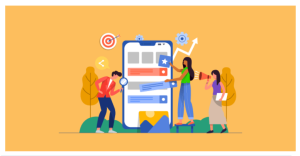 Where Can You Find Out If Your App Idea Is Patented?

You should verify whether anyone else has already patented your initial concept. This data will be maintained in an operational database in your nation or state. You can explore the International Patent Classification (IPC) and the Catchword Index of the World Intellectual Property Organization (WIPO).

When To File For A Patent?

An application conception patent is granted to the person who registered the first patent application against it, never to the man who designed it. As a result, innovators and enterprises prefer to file a provisional application before disclosing sensitive material to the public.

Several patent attorneys may urge you to protect any apps idea before discussing it or releasing it to potential investors.

A list of documents needed for patenting an apps idea

A large amount of documentation is necessary to patent a mobile apps idea. The following are the significant documents that will contribute to the patenting phase:

Steps To Patent An Apps Idea
Now, we’ll look at the actions to patent a mobile apps idea: 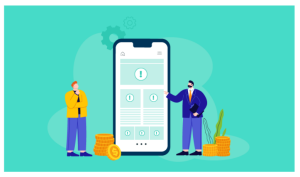 What does it cost to patent a mobile app?

Wrapping Up
So, after reading the tutorial for patenting a mobile apps idea, you should have a good understanding of everything involved.

Yet, if you have any questions or concerns, you may contact a mobile Android App Development business to assist you with any relevant matters.

Get a detailed quote and build plan for your custom application.

Enter your details to start the application

Working with you to identify best suited career opportunities and coach you build your profile with access to AI Powered Profile Builder
Process Involved: The coach helps you declutter thoughts, prioritize goals and break them down into actionable tasks

Get An INSTANT
"App/Website Estimate" to grow digitally.

Get My Instant Estimate
Click here
We’ll contact you and deliver your free estimate in less than 60 minutes!

Get An INSTANT
"App/Website Estimate" to grow digitally.

Get My Instant Estimate
Click here
We’ll contact you and deliver your free estimate in less than 60 minutes!

“Glad we finally got to work with Lalit. We’ve been in touch for awhile and have been looking for a new project for him to help on. He helped us on some wordpress fixes customizing a theme and adding some unique menu functionality. Really, really happy with the work and would gladly recommend.”

Managing Director, Mare Multi Media GMBH.
"Working with lalit in this project is a pleasure. Very attentive to details , giving great advice, proposing options . Also great communication skills. I also hired him for another project since i was very satisfied."

CEO, TheluxuryFlavor
“A job well done, very professional work got done very fast. I will definitely keep working with this agency for my future jobs. Communication, quality of work A+ well recommended.”

We’re thrilled to see you interested in working with us. To make the process easier, please fill out the form and we’ll get back to you as soon as possible.

How Can we help You ?